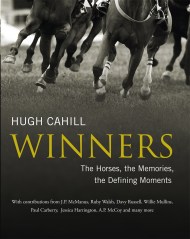 Winners: The horses, the memories, the defining moments

Winners: The Horses, The Memories; The Defining Moments documents a host of favourite memories from the world's foremost racing minds. In this collection of interviews,…