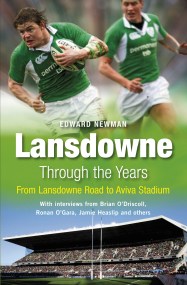 Lansdowne Through the Years

Lansdowne Road Stadium, the oldest international stadium in the world, has been at the centre of Irish sporting life since it opening in 1878. In…