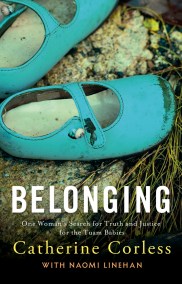 When Catherine Corless began researching the Tuam Mother and Baby Home in Galway in 2010, she could not have known where her interest in local…